List of Government Agencies and Social Institutions the Democrats will defund if they have their way:

It all started with a call to defund the ICE in 2019 after the media and the democrats made false accusations that the Trump Administration put illegal children who arrived across the Southern border from Mexico into cages in the ICE detention camp, but the truth was that the photos of illegal children in the cages of the ICE detention camp at the Southern border were taken in 2014 when the then President Obama was in Office.

The Democrats and the media knew that was the case, but they went with the story anyway, just to have an opportunity to attack President Trump, denigrate, disparage, and vilify our hard-working men and women of  The United States Immigration and Customs Enforcement (ICE) whose major mission is to protect America from cross border crimes and illegal immigration.

Consequently, the defund and abolish movement that was previously in secret, and not openly talk about by the Democrats because of less favorability of it, suddenly came alive with COVID-19 Pandemic. By February/March 2020, every democrat demand all prisoners to be released out of jail, both those with high criminal offenses and violent crimes. Democrats politicians and their Media propaganda beat the drum so hard that they demanded all criminals to be out of jail irrespective of whether these prisoners were at risk of COVID-19 or not. Unfortunately, the Democrats and the Attorney Generals of liberal cities and counties got their wishes on compassionate health reasons. Little did anyone knowns that these criminals will be used as soldiers of anarchy, rioters, mobs, thugs, and looters in the inner cities that are already in crises due to rising crimes and killings.

The Democrats Party has been taken over by the radical communist-socialist wing of the party.   Congresswoman Alexandria Ocasio-Cortez – AOC, and The Squad are now in charge with their Green New Deal agenda to dismantle capitalism, the United States economy, and the political system in the name of social justice, abolish and defund movement, cancel culture and e.t.c, are all weapons used by the radical Democrats to insight divisions, hatred, and segregate Americans into different groups to serve the Democrats' political purposes of regaining the power to the White House.

American people, make no mistake to take the Democrat's actions and statements for granted because the present-day Democrats are not your father's and grandfather's democrats that cared for the country and the middle-class Americans. The Present days' Democrats are vicious, angry, liars, fraud, deceit, misinformation, smear, slander, denial, and conspiracy theories to turn everything positive by the Trump Administration into negative.  In fact, Democrats of today care less about the unity and progress of America and the American people.  Today's Democrats are driven by the quest for power, control, and intimidation.

What to expect with the New radical Democrat Party is listed below:

As the Democrat-backed-anarchists continue to tear down statues, parks, and monuments, they will continue to do so if there is no strong push back from the American people, and their ultimate goal is to tear down the White House and tear down the United States of America and let communist China take control of the world. 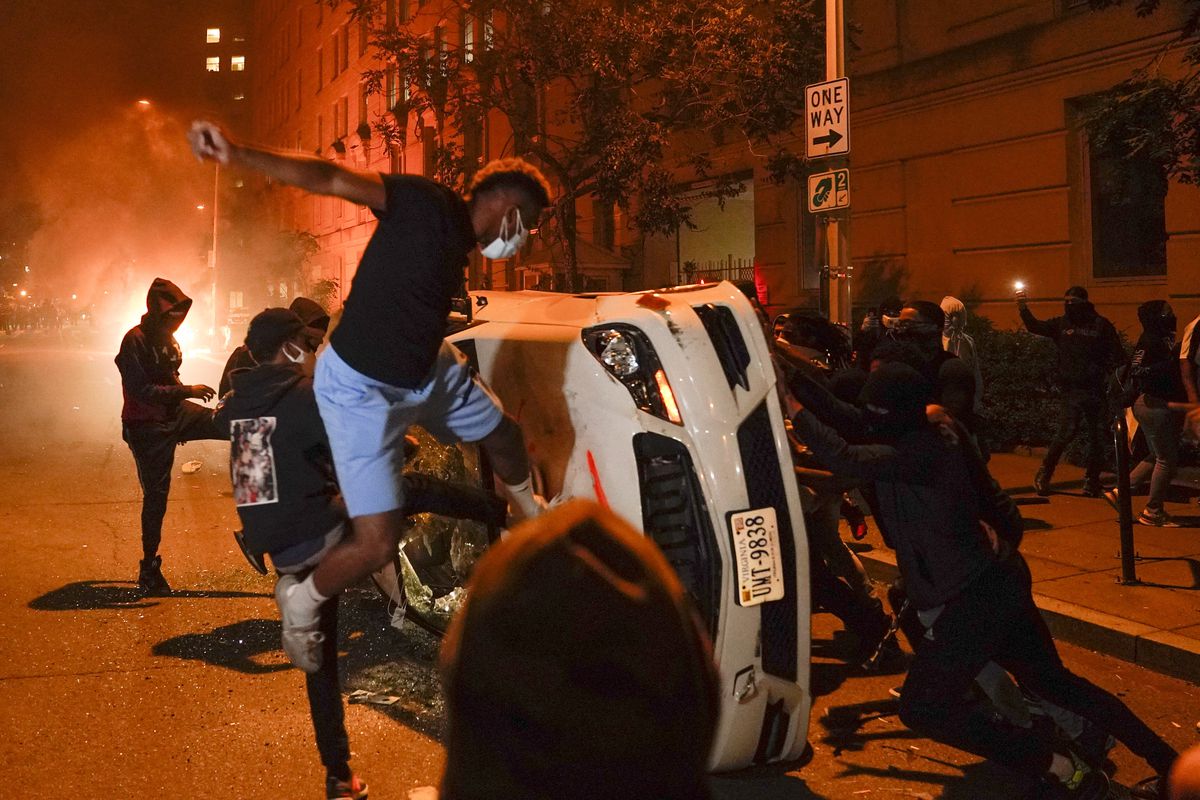 As the cities of America are on fire, the Democrat politicians think the American people are stupid, as they try to deflate, and blame President Trump for the anarchy, killings, and chaos in our inner cities.  In fact just early this week, the Chairman of the House Judiciary Committee, Jerry Nadler told a reporter who asked him about the on-going riot and chaos in the inner cities, Nadler response was "the riots are a myth, and conspiracy theories circulating in Washington DC".

My Dear Freedom-Loving Americans, it is time for you to look beyond the usual politics of Democrats/Republicans/Independent, this is the fight to save the soul of America, our culture & heritage, our values, our way of life, our freedom of speech, freedom of religion, and etc.

No More Silence. Is time to fight back, push back, vote democrats out of office come this election on November 3rd, 2020.