How Michelle Obama can help the African American Youths

Stop Blaming Trump: Use your Platform to help the African American Youths.

Ex-President Barack Obama came into power in 2008 as the first African American President in the history of the country which made his wife Michelle Obama as the first Black First Lady of the United of America.
To the liberal progressive and the Democrats Obama was the right man for the job at the right time to take over from ex-President Bush after his two terms in office.  The 2008 economic collapse caused by the fall in the housing market, unending Iraq, and Afghanistan wars pressured the majority of Americans to the desired change in leadership, and Obama was that change the majority of Americans desired to restore the economy and bring positive changes to the African American communities.
Immediately after the Obama Inauguration, Michelle Obama begins to enjoy high favorability ratings in and outside the United States. The African Americans saw Obama as their own and their hero.  The same was applicable to Africans in other parts of the world who viewed Obama in the same way;  their own man, their own flesh, and blood who will deliver to the African Nations.  Unfortunately, after 8 years of Obama's Presidency, many black people in the United States and outside the United States were left with huge disappointments.
Subsequently, Michelle Obama could not help the African American youths either, who desperately need redirection and guidance?   It is generally known that the problems in the Black communities have been lingering for decades under the leadership of Democrat Governors and Mayors who institute liberal policies that result in more damages than solve any problem. It is well known and has been evidenced that liberal policies create problems, contribute to higher crimes, higher unemployment, dysfunctional families, and more dependence on government welfare programs.  Under the Obama Presidency, African American unemployment was at a double-digit.
The Obama's were loved by the majority of African Americans and the white progressive liberals to the extent that Obama's family portraits and Michelle became the number one home decor that is proudly displayed in private offices and homes.  Without saying too much, Obama was so influential among the African Americans, and many believed in him.  The same amount of influence can be attributed to Michelle Obama.
https://twitter.com/RealAfrik/status/1291456810243719168
Michelle Obama Says She's Dealing With 'Low-Grade Depression' During Lockdown. Blames Trump Administration, racial strife, and Covid-19 Lockdown. 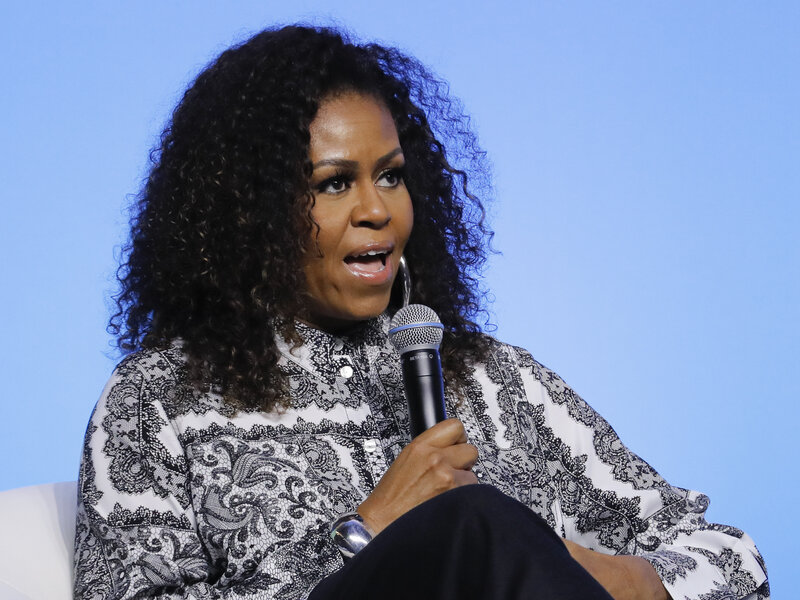