Liberal Women Are Crazy And Dangerous 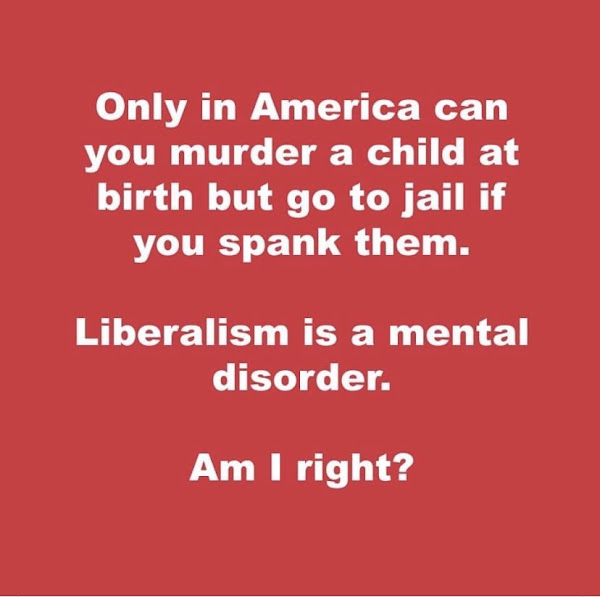 Re-Imagine the Country Without Liberal Women!!! Just My Thoughts

In the highly recent charged political environment, and following five months of non-stop protest and rioting over claims of Police brutality, I have watched and listened carefully to the rhetoric in the Mainstream Media by the liberal women, and highly political women figures from the Democratic Party, their behaviors prompts me to come to a conclusion that Liberal Women are failure to womanhood.

Kamala Harris in a recent interview agreed that "America was founded on the principles of racism, sexism, & other hosts of evils.
This woman is Joe Biden VP Nominee, she hates America so much and is ready to trash the country, our constitution, supports rioting, killings, and anarchy, as she praises BLM and ANTIFA.
Kamala Harris supports the defund the Police movement, in a recent interview when asked about the plan she has in place if the Police are defunded? She starts by saying, "Re-imagine the society without the Police"
Do you know that in 1933, the first steps Hitler Interior Minister took were to defund and eliminate Police departments, he did this to make sure that the Police Force will not interfere with his Brown Shirt Army whose mission it was to riot, loot, burn private and public properties, kill citizens to sway elections to his favor.
Friends, do we see the same pattern here in what is going on in the United States of America today?
Yes, the majority of Americans who oppose this movement as indicted in various public opinion polls,  defunding the police would be chaotic with high crimes, and murder.  Police can be reformed, not defunding.

Given Senator Kamala Harris "Re-Imagine" phrase, I would like to take you the Viewers, and the American people on the road to re-imagine a country without the likes of Kamala Harris, Speaker Nancy Pelosi, AOC, Ilhan Omar, and the rest of them in the media and Holywood.

Re-imagine a Country without: